Purpose of the site is to record and analyze the death rate of wild animals killed in road accidents in Poland. It is a nationwide webpage referring to various kinds of roads, providing a possibility to record collisions with all groups of wild vertebrates living in Poland. What is more, it is addressed to all interested persons: naturalists, scientists, representatives of administration and road services, as well as of those, who use the roads most commonly - the drivers. Such a great diversity of the website should allow to understand the structure and scale of the phenomenon of animals deaths on Polish roads more widely, and popularize the knowledge about this previously neglected issue.

According to the spread national data and available foreign studies, we can find out that the death rate of animals as a result of collisions with vehicles is enormous, and it influences the functioning of animal populations, and it often poses a problem for drivers and road services. However, there is not a single, cohesive and generally accessible system of gathering data about the number of animals killed on Polish roads, and a holistic study over this problem. Especially scarce knowledge pertains to the death rate of small animal species, such as birds, omitted or underestimated in previous studies. However, these are those animal that die most often, and although they disappear from roads quickly, without any fuss, it is known that the number of victims can be counted in millions.

Up to date, the fullest data considering the road collisions with animals are held by the police and road services, obliged to record the accidents and remove the animal dead bodies. What is more, some national parks, forestries or hunting clubs also record cases of road collisions. But these data are incomplete out of various reasons, and they most often refer to the accidents with big animals (deer, wild boars) because of significant material losses resulting from a collision. Moreover, it is estimated that only one out of four such cases is reported to proper bodies. Data pertaining to road accidents with smaller mammals (e.g. European badgers, Hares, Martens, Hedgehogs) are at most fragmentary, while cases with representatives of the remaining vertebrates' representatives such as birds, amphibians or reptiles are totally omitted.

Operation of the register depends to a large extent on kind of involvement of a numerous group of persons traveling on national roads. Therefore, fell free to take an active part in creation of the register through reporting your observations on road accidents with wild animals. As creators of the register - naturalists and drivers at the same time - we are well aware that death of an animal on the road is always sad and sometimes troublesome. We would like to wish all users of the register to have as few observations to be recorded as possible. However, if you still have some observations, please remember to record them here. We would also like to invite you to use the database on your own, to review the collected records, filter them, generate maps etc. At the end of each year, we will analyze the collected data and publish the obtained results and conclusions on our website. 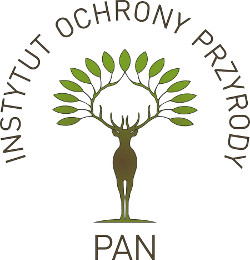